When a nationwide lockdown was announced, it immediately had a harsh effect on street vendors. An almost empty city without people stepping out of their homes meant that the city’s vendors immediately lost their source of income and were confronted with hunger and deprivation.

For women street vendors, the vulnerability doubled in such cases as they faced sharp repercussions after completely losing their livelihoods in the wake of the pandemic. A study shows that in the initial months of lockdown roughly 90% of vendors lost work, and even when the lockdown was lifted, recovery was slow, and it has not come back to pre-lockdown times. Women street vendors suffered most because they lacked access to assets and savings due to the lack of work and earnings. Most of these women street vendors used their savings to feed themselves and their families. Given this backdrop, restarting livelihood has become even more difficult but also the need of the hour.

Across the country, many vendors have openly talked about issues in accessing loans since they are not recognised as ‘legal’ while also reporting a slowdown in the processing of loans.

In the wake of these pressing problems, Samhita-CGF along with Brihati Foundation and S&P Global is supporting SEWA in reviving the livelihoods of 350 women street vendors. Spread across Gujarat, these women street vendors have received Returnable Grants within the REVIVE Alliance to be used as working capital to revive their livelihoods and tackle the cash crunch within their occupation.

Although they are in the process of slowly recovering from this crisis, it is critical to take action to remove the barriers that are leading to their increased vulnerability. Returnable grants act as a 0% interest loan to these women which they have invested in buying raw materials for their vending business. However, there is an existing social stigma that these street vendors have to face as they are quite often seen as illegal occupants of public space. SEWA reported how these women are frequently targeted, harassed and evicted by officials of gated society, police, and sometimes government officials.

For so many vendors, their businesses have fallen due to a perceived fear among people that the disease will spread more easily in markets. It is through continuous efforts by SEWA within the REVIVE Alliance that gradually the corporators/government officials have started to support these street vendors and their access to space for vending is not being denied anymore by the police. Challenges of entering gated communities/societies still persist, however, with enough vaccinated street vendors, this picture might change soon enough.

Overwhelming demand from street vendors remains for support to resume working. Easier and faster access to capital and permission to work without harassment is essential to expedite recovery for vendors. Therefore, as a recovery model, Samhita-CGF along with Brihati Foundation and S&P Global is supporting SEWA in reviving the livelihood of 350 women street vendors by giving them returnable grants as a form of 0% interest loan. 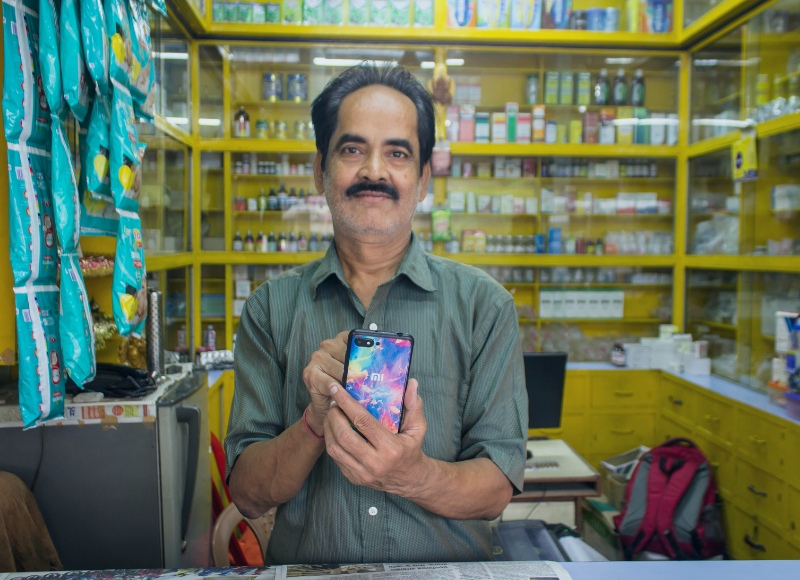 The COVID-19 crisis has affected livelihoods and brought income shocks to the working classes. This shock has been accompanied by an unanticipated shift to the digital mode and accelerated digitization in the country.

Why We Need To Talk About Nano-Entrepreneurs In India